NeoCon is just days away - 12 days if you are counting. As we prepare for the world's leading platform, we wanted to look back over the past 50 years and why this show has become the most important event of the year for the commercial design industry. 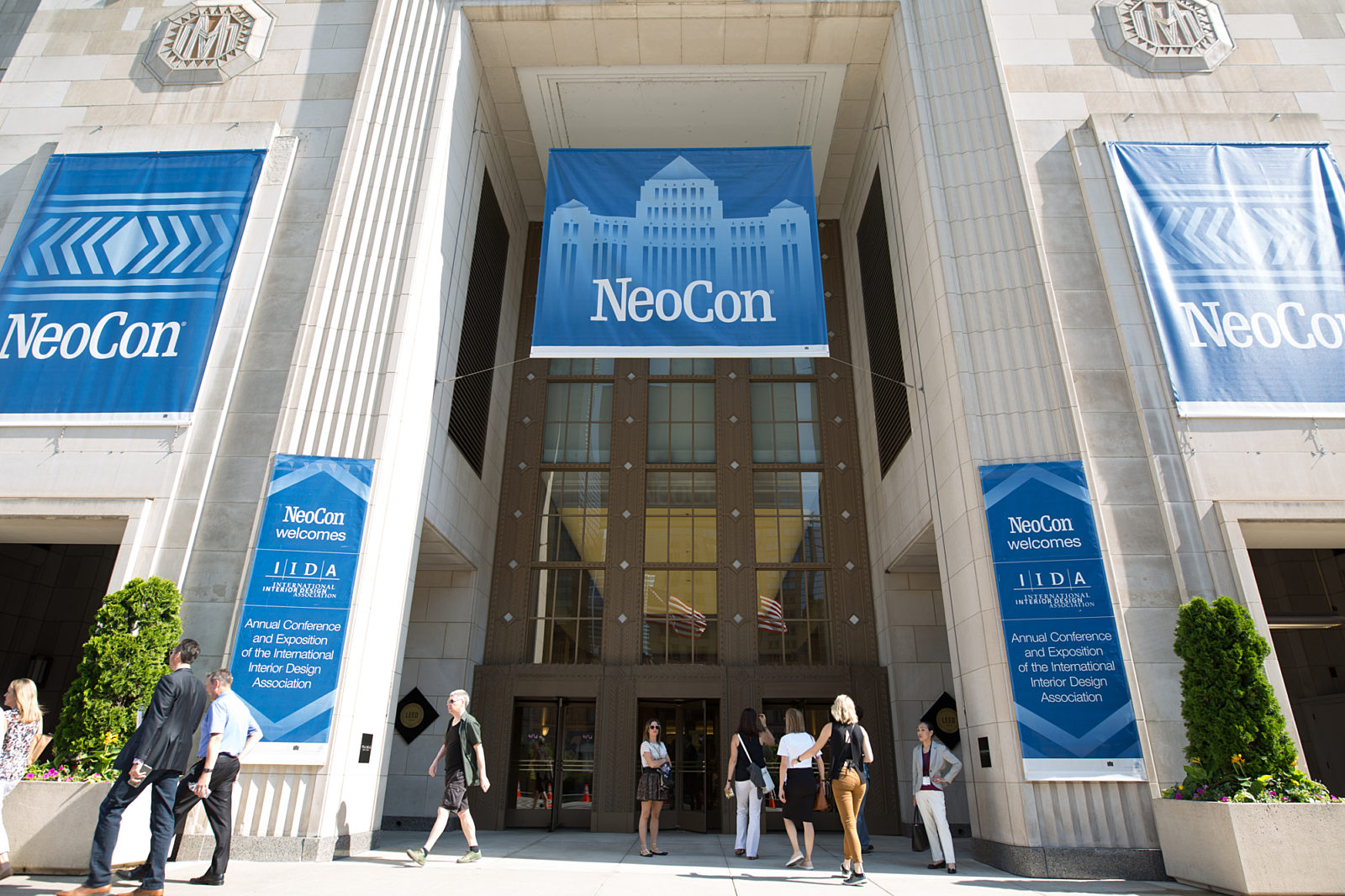 Every year in June, over 50,000 design professionals gather at The Mart in Chicago to witness what is considered the commercial design industry's launching pad for innovation and product introductions. This year marks the 50th Anniversary of NeoCon and so we are looking back at all the historical moments of the expo.

The first annual National Exposition of Contract Interior Furnishings hosted 750 exhibitors. More than a hundred speakers and moderators participated in the inaugural seminars and lectures between June 22 and 27, 1969. The scale of the event was unlike anything the industry had seen before (NeoCon, Retrospective). 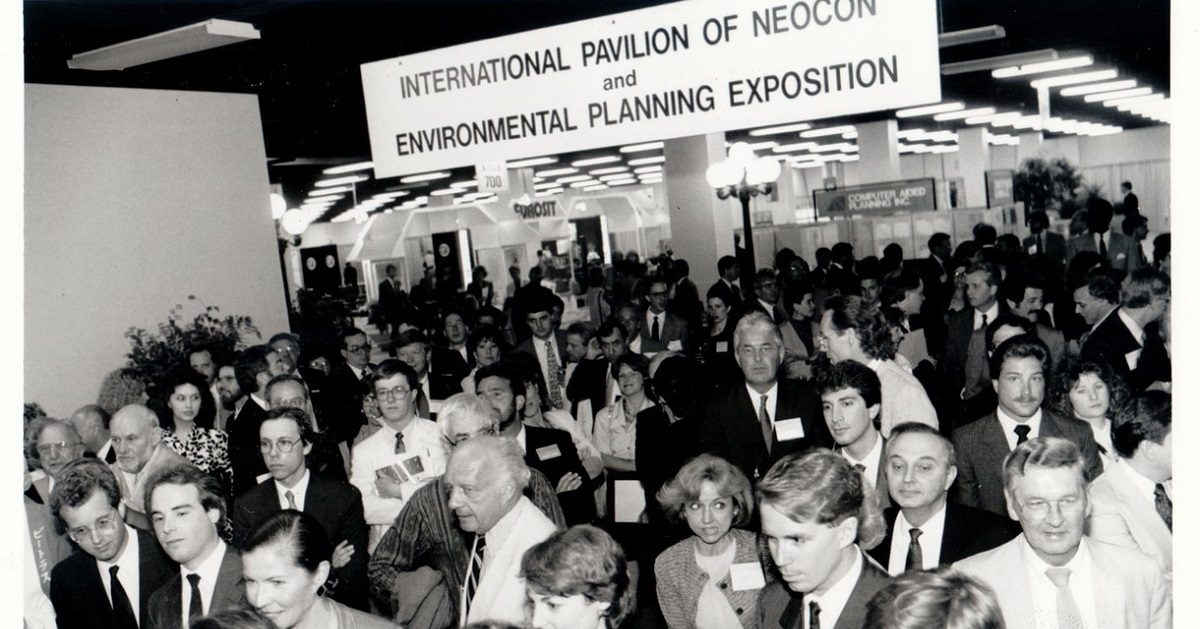 The 1970s: Workplace Design is Booming

The 70s saw an increased focus on workplace design and the office system business. Because of this, the industry needed to come together to set standards for the profession. During this time, two key organizations were formed that support the commercial design industry and workplace design standards, ASIDand BIFMA. During this time, we also saw some very iconic designs introduced. In 1974, Don Chadwick introduced the Chadwick Modular system at NeoCon. This customizable modular sofa group is still wildly popular today. 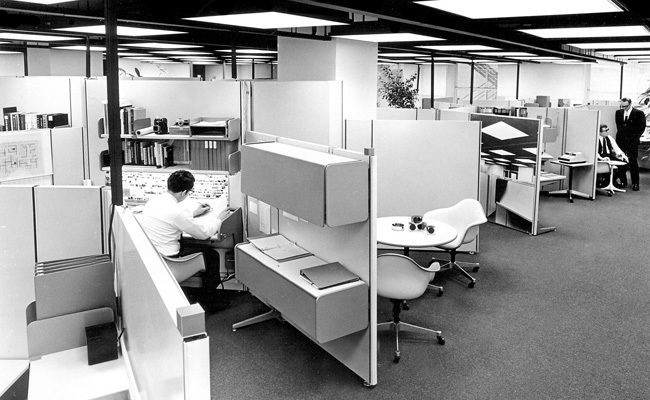 The 1980s: Technology Changing the Workplace

With the introduction of personal computers from IBM and Microsoft, the 80s saw a shift in the way we look at workplace design. This shift now meant workstations had to implement more power and data than before. Enter Action Office from Herman Miller. Designed by Robert Propst in 1961, this workspace solution was a perfect fit for the changing office landscape and technology integrations of the 1980s. This workstation system even earned an award in 1985 for the "Most Significant Industrial Design." 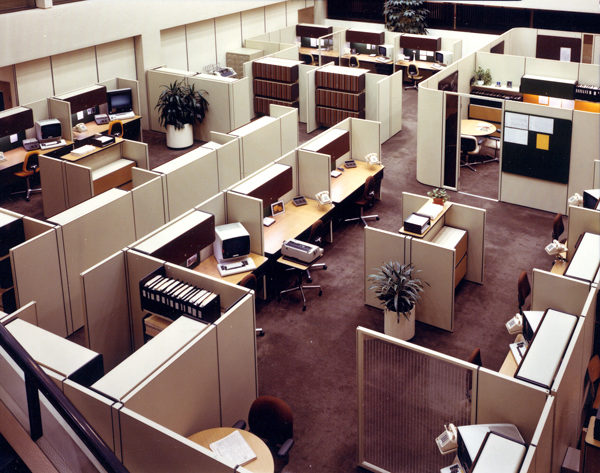 With the introduction of computers in the workplace, people were now sitting at their desks for prolonged periods of time. Because of this, aches and pains were on the rise. Major manufacturers then saw their duty to design products that improved the health and well-being of workers. In 1994, when designers Bill Stumpf and Don Chadwick set out to create a chair that was health-positive, cross-performing, inclusively-sized, and environmentally sensitive, they arrived at a design unlike the world had ever seen, the Herman Miller Aeron Chair. This iconic task chair was first put on display in 1995 at NeoCon. In 1999, the Aeron Chair was awarded the "Designs of the Decade: Gold Winner in Office Furniture" award. 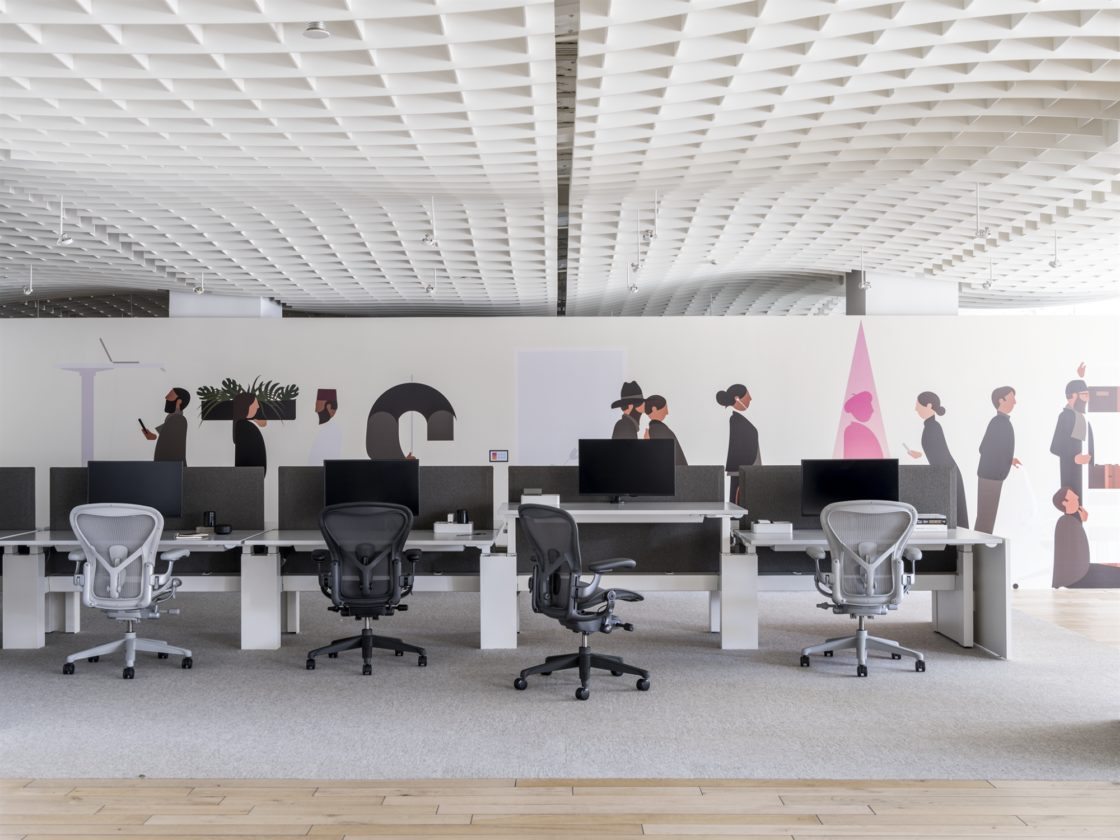 The 2000s: Focusing on Sustainability

The 2010s: Start-Ups and Small Spaces

With the changes in technology and the way we work collaboratively, the workplace has changed a great deal over the past few years. Commercial Real Estate is more expensive, therefore workplaces are getting smaller. But the need for collaboration is still there. At NeoCon 2013, Herman Miller introduced Living Office, a comprehensive offering of ideas, furnishings, tools, and services to help individuals and organizations achieve a new dynamic of shared prosperity. That year, the Herman Miller showroom and its execution of a Living Office were recognized in both Best of Competition for overall Showroom and Booth Design, and Best Large Showroom. 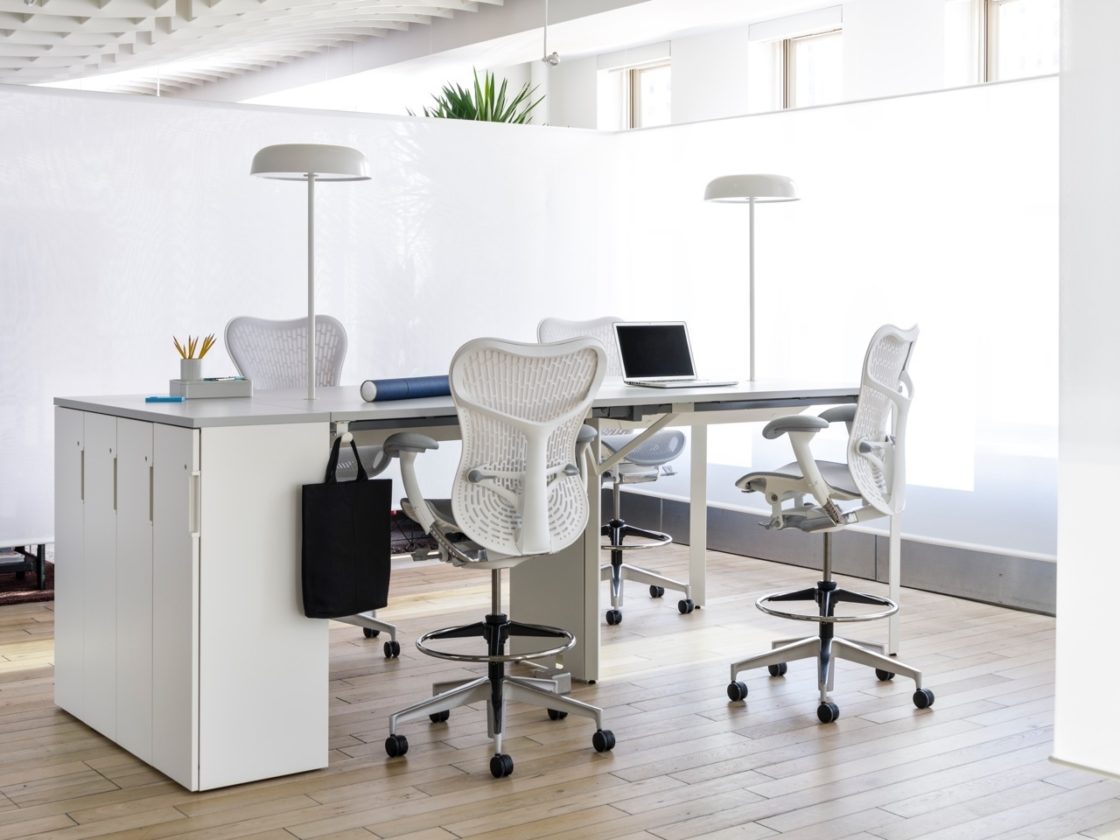 As you can see, the industry has experienced some major shifts over the last 50 years. With the trend of co-working and virtual reality, shifts towards a more residential-like aesthetic, and increased focus of human-centered design we can't wait to see what the industry comes up with this year! Check back next week for a sneak peek at what to expect at this year's NeoCon and what exhibits you MUST-SEE!